You are viewing this site in staging mode. Click in this bar to return to normal site.
Home
About Our History

The Burghwood Clinic was founded by Dr John Mansfield and originally opened its doors in May 1982, since when it has been involved in both research and the practical applications of the rapidly evolving fields of Allergy, Environmental and Nutritional Medicine.

Dr Apelles Econs is the Medical Director / Registered Provider at The Burghwood Clinic. He studied Medicine at the Middlesex Hospital Medical School, London, where he graduated in 1976. After working in a number of hospital posts, he entered NHS general practice, where he spent 22 years as a principal, also operating as a part-time allergy specialist since 1992. During this time, he found that simple dietary changes and safe methods of desensitisation were both more clinically and cost effective than medications used for common conditions such as chronic fatigue / fibromyalgia, irritable bowel, arthritis, eczema, asthma and many others. Dr Econs is also the Medical Director of Airedale Allergy Centre, Keighley, West Yorkshire. He has a wide ranging experience with management of dietary problems, the treatment of intestinal parasites, the use of oral and intravenous nutrition, dealing with chemically sensitive people and the use of all the modern methods of immunotherapy including the Enzyme Potentiated method (EPD), the Low-dose method (LDI) and the more "conventional" sub-lingual immunotherapy (SLIT). Dr Econs has been a guest allergy specialist in some radio and TV programmes such as Embarrassing Bodies and The Food Hospital, has contributed to local NHS medical primary care groups and lectured in several post graduate medical conferences.

Dr Econs is recognised by a number of health insurance companies, including Standard Life, Cigna, PruHealth, WPA, BCWA, Aviva Health, Groupama, SimplyHealth and HSA. Although we are a private clinic, we are also able to see patients, who are specifically referred and funded via their clinical commissioning group (CCG), as NHS referrals. This process is slow and relies on criteria, which are rarely met.

Dr Peter Latchman MB, ChB – Not currently available (left the practice in August 2019 for a year's contract in New Zealand)

Dr Peter Latchman is our Associate Consultant in Allergy & Nutrition. Dr Latchman completed his general medical training at Kings College Hospital and the Meyerstein Institute of Oncology at UCL (University College Hospital). He gained invaluable experience in numerous posts in general practice and special experience in integrative Medicine working in Dr Econs Medical Practice and in central London. Since 2014 he has been assisting Dr Econs at the Burghwood Clinic. He is especially interested in immune mediated reactions to common environmental factors as they relate to health and disease. He offers patients at The Burghwood Clinic an integrated and holistic approach to re-establishing and maintaining good health. His caring and compassionate nature allows him to work together with patients to help them with complex medical issues. Dr Latchman is a member of the British Society of Ecological Medicine (BSEM), a body of doctors with special interest in Allergy, Environmental and Nutritional Medicine and is a qualified practitioner in Medical Hypnotherapy, which he sometimes uses to help people to overcome various food related addictions.

Dr John Mansfield gained his medical degree at Guy's Hospital, London, and has worked in both the UK and the USA. He has been working in this specialty since 1976 when he was one of the three original British pioneers. In 1978 he was a founder member of the British Society for Allergy and Environmental Medicine and became President of that society from 1992 to 1995.

In 1986 his book The Migraine Revolution was published. This was available for about ten years and was printed in four other languages, but is currently out of print. 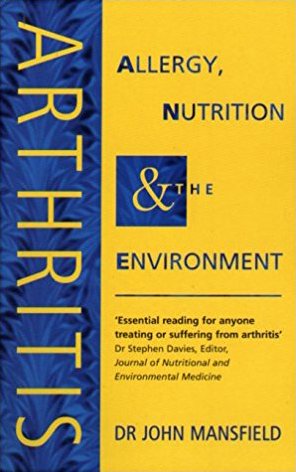 Arthritis: The Allergy Connection was first published in 1990 and revised and updated 1995. At this time the title was changed to Arthritis - Allergy, Nutrition and the Environment. 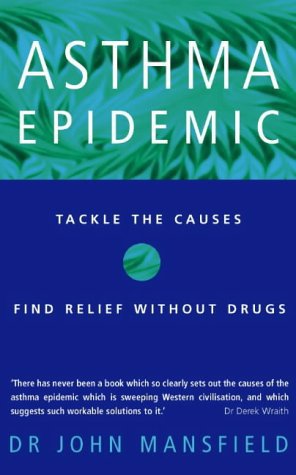 In October 1997 Asthma Epidemic by Dr Mansfield was published. 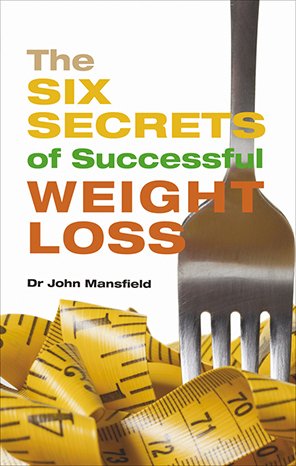 In 2012 The Six Secrets of Successful Weight Loss by Dr Mansfield was published. It offers special insights into lesser known factors in weight related problems. It is available from most retailers.

In 1986 we completed two separate clinical trials in conjunction with the Department of Rheumatology at Epsom District Hospital. In these studies the relationship of food sensitivity to classical rheumatoid arthritis was explored. The results of the second trial were published in the Lancet on the 1st February 1986 entitled 'Placebo Controlled Blind Study of Dietary Manipulation Therapy in Rheumatoid Arthritis. This study showed that 33 out of 44 patients with rheumatoid arthritis improved dramatically with the simple expedient of an elimination diet.

In December 1998 we had a study published in the Journal of Nutritional and Environmental Medicine entitled 'Treatment of Equine Allergic Diseases with Allergy Neutralisation - A Field Study'. This was the first major study anywhere in the world of neutralisation in an animal model, useful as it is difficult to imagine a placebo response in a horse. It showed very major improvements, often a complete recovery, in 92% of 13 horses with urticaria and 87% of 23 horses with COPD (equine asthma).

Join our email list for regular health news and tips